I’ve been wondering lately how we ever got the idea that Love was binding.  Yes, when we love someone we do feel protective of them but is this really something that ties us down?  Ties us up?  Do we allow this love we feel to become a prison?  Or is this an idea about love that was passed down to us from our families? Our culture?

When I was a little girl like so many, I was introduced to the idea that to find another and bind myself to them was the ultimate goal of life.  So I spent my teenage years in Florida questing.   I “fell in love” with a young man when I was 14 years old.  My first love.  Everyone remembers their first love and I am no different.  We became quite close and spent a great deal of time together but after a couple of years it started to feel confining.  He began to make me feel responsible for his happiness.  Yet there was always a part of me that knew happiness was and always is an inside job.  Painful as it was I decided to end the relationship.

I moved on and began working outside of my parents home so I could earn money.  Time for me to exit the Family payroll…  I worked as a cashier in a supermarket and became more independent.  Earning your own way really does help you become more empowered.  I became very busy learning about the business world and how it worked so did not really date seriously for several years.

When I was 19 I met the next man I fell in love with and again became quite close.  He was a very nice man about the same age as I was and again we dated for a couple of years.  And again, I began to feel confined.  The Universe intervened and offered me a job in Atlanta, GA.  So I once again said good bye and moved to a new place to pursue a career in the Motion Picture Industry.

If you were young and single in the 1980’s there was absolutely no better place to be than Atlanta, GA.  What an incredible city!  So much to see, do and learn!  I moved there and began to explore.  During my explorations, you guessed it,  I met the next love of my life.  He was incredibly intelligent, hard working, talented, artistic and on top of that a hero. He was a Fireman.  Seriously, everything a young lady looks for in a man.  I fell hard.

This time after about 18 months he was the one that began to feel confined.  Not by anything I was doing but by the way he felt about me. It scared him, he did not want to see only me anymore, that made him feel too tied down.  Since I was not going to share a man I loved with the rest of the female population in Metropolitan Atlanta I ended it.  And this time it was my heart that was shattered for a while.

I am going to tell you right now, the time to find another to share your life with is NOT when your heart is in pieces.  You feel down, unworthy and open youself up to being prey to someone that is only comfortable controlling another.  Exactly what I did.  This is when I met my first Ex-Husband.  We married in August, I left him in May and filed for divorce the beginning of June setting a new land speed record for Marriage and Divorce.  At least I had the good sense to know when I had made a mis-step (there are no mistakes really) and change course.

I went to a counselor, a wonderful woman who helped me do some soul searching.  I worked really hard on myself and thought I had healed all my stuff and of course met the next Ex-Husband.  This time though it took about 2 decades before it all fell apart.  There were still aspects of myself that apparently needed another long hard look and the Universe provided again.  Funny how that works…..

We worked really hard building a life together but he began to feel confined. Which in turn made me feel confined.  And neither of us wanted to throw in the towel because we had too much “invested”.  This dynamic along with a series of heart breaking losses for us both caused him to come unglued.  He turned to self medication, lost himself and in the process, us.  I began questing, learning about Energy Healing, healing from within, and began to find myself.

I went through what I now know was a “Healing Crisis”.  I got a complete do over at 45.  It lasted about 15 months.  Many beloved people and things transitioned out of my life during that time including who and what I used to be.  What I used to think was important I discovered wasn’t really.  My focus changed.  As did the way I looked at love, loving another and myself.

At the end of that huge upheaval I knew I wanted another who’s heart had the capacity to go to the same places mine did.  And I found him at a baseball game in Knoxville, TN…..  The time to find another IS when you have worked diligently and succeeded at mending your own heart.  Like Energy attracts Like.  Always. In 2013 I married that wonderful man in Saint Augustine, FL that I met at that baseball game in Knoxville.

If you are married or coupled with another you know that no relationship is all stardust and roses.  There are really great times and then there are some that are not so great.  But when you learn to love yourself (despite all the imagined “flaws”) and set yourself free you can do that with and for another.  And the lessons of our youth no longer hold sway.

Love really is the Tie That Un-Binds. 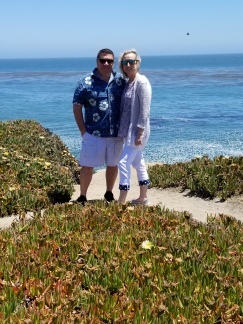 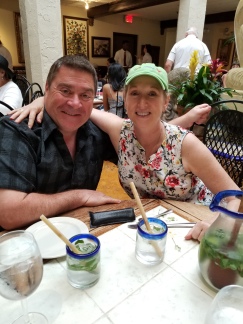 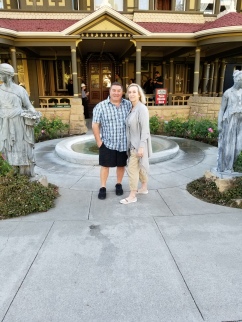 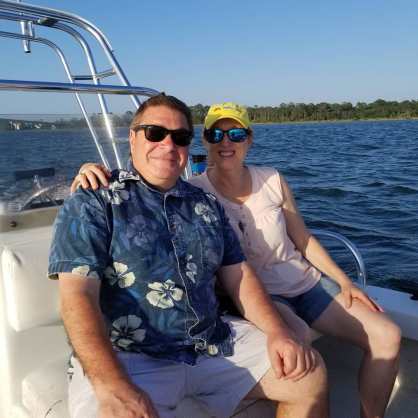 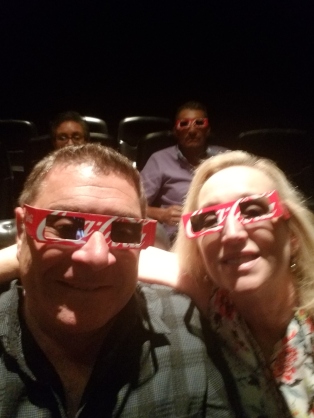